Nitro Funny Car driver John Hale confirmed to CompetitionPlus.com that he will not be driving for Jim Dunn Racing in 2017. 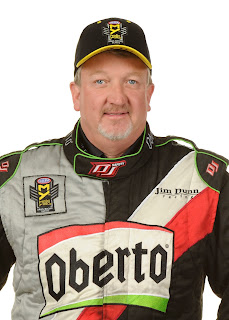 “It was my own decision,” said Hale when asked why he will not be with Jim Dunn Racing next year. “There some things around here (his home in Addison, Texas) I want to do. I got a new airplane and I’m building a new hanger for it at McKinney (Texas) National Airport and I’m just trying to stay on top of things here at home. Getting to race for a legendary team like Jim Dunn Racing was a lifetime dream. I felt like I had the best independent-run car out there.”

In two years with Dunn, Hale’s best performance was a runner-up effort at the Gatornationals in 2015 to Ron Capps. He had a total of nine round wins over the two seasons.

Although Hale is stepping away from Dunn’s full-time ride, he isn’t going to leave the sport of drag racing. Hale said he will continue to compete in his “One Bad Texan” Nostalgia Funny Car. His 2017 race schedule is already listed on his website – www.johnhaleracing.com. It is comprised of eight Nostalgia races beginning March 2-5 with the Good Vibrations March Meet at Auto Club Famoso Raceway in Bakersfield, Calif.