November 07, 2016 -- Jim Dunn Racing will sport a unique design on the team’s nitro Funny Car at this weekend’s Auto Club NHRA Finals, displaying graphics on the side of the Mooneyes Funny Car body are derived from the famous Mooneyes dragster of the 1960s.

The original Mooneyes dragster is housed at the Don Garlits Museum of Drag Racing in Florida, while a replica will be on display for all fans to see at the Finals. 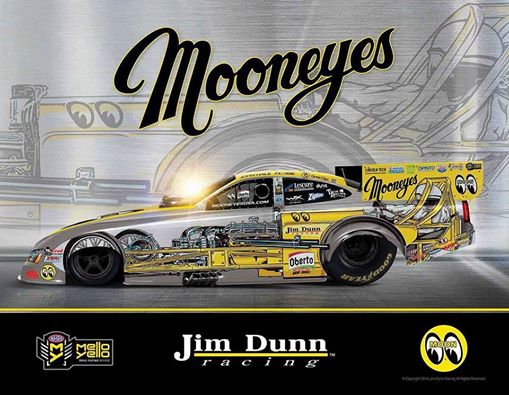